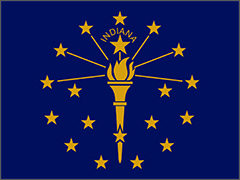 Indiana Governor Mike Pence just signed a new religious freedom bill into law, defending the right of people of faith to not be forced to act against their deeply held convictions.

The new measure, called the “Religious Freedom Restoration Act”, is a state version of the federal law of the same name signed into law under President Clinton. In fact, President Obama himself voted for a similar law as a state senator in Illinois.

Indiana joins over 19 states and the federal government in enacting legislation to protect their citizens’ rights of conscience. The Stand Up for Religious Freedom Coalition applauds Governor Pence for taking this bold step to protect the religious freedom of the Hoosier state!

Posted in Court Battles. Follow any responses to this entry through the RSS 2.0 feed. Both comments and pings are currently closed.