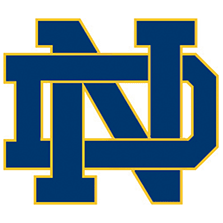 Just days ago, the US Supreme Court ordered a lower court to reconsider its ruling against the University of Notre Dame in their case against the Obama Administration’s HHS Mandate!

The Seventh Circuit Court’s decision against Notre Dame essentially made it the only religious non-profit organization in the country not protected from Obama’s unjust mandate that businesses cover contraception, sterilizations and abortion-inducing drugs in their healthcare plans.

Mark Rienzi, Senior Counsel of the Becket Fund for Religious Liberty, which filed an amicus brief in the case had this to say about the decision:

Thank God for another win in the fight against this unjust mandate! Stay tuned to the Stand Up for Religious Freedom blog for more news as this and other cases unfold.

Find out more about the Notre Dame decision here.

Posted in Court Battles. Follow any responses to this entry through the RSS 2.0 feed. Both comments and pings are currently closed.